A Poetry Reading with Elaine Feeney: A West Coast Premiere 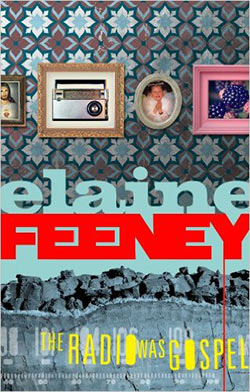 We proudly present Irish poet, Elaine Feeney, in her West Coast premiere. Feeney is part of a new movement of political poetry in Ireland and has been called “the freshest, most engaging and certainly the most provocative poet to come out of Ireland in the last decade.” (Fionnuala Flanagan)

Feeney was born in Galway and has lived much of her life in Athenry. Feeney has published three collections of poetry: Indiscipline (2007, Maverick Press), Where’s Katie? (2010, Salmon) and The Radio was Gospel (2014, Salmon). Her writing has been published widely in literary magazines, journals and anthologies and has been translated into many languages. Her next collection, Rise, is forthcoming.

Refreshments will be served. A thanks to John Campbell’s Irish Bakery and Kerrygold for their generous support.

A special thanks to the Irish Government’s Department of Foreign Affairs for their support of the 1916 Easter Rising Centennial Commemoration Event Series.